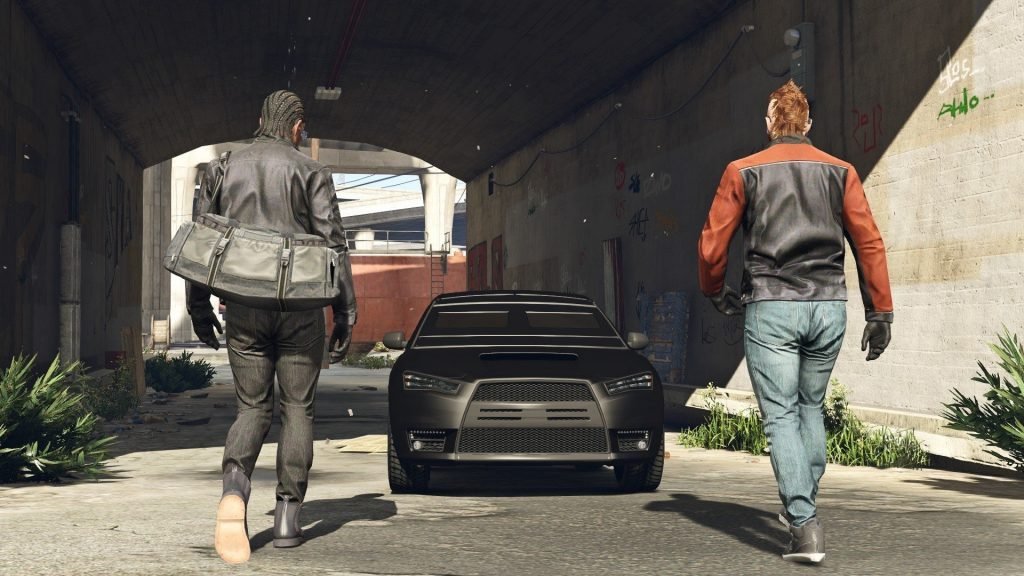 GTA 5 Online Guide: Steps to Succeed On Your First Mission

The first mission in Grand Theft Auto 5 begins with the invasion of Bobcat Security by masked bandits. The team is led by Michael Townley, accompanied by Trevor Philips and Brad Snider. Here are steps that can help you succeed on your first mission. This also serves as a live-action tutorial that would teach you the basics of manipulating objects, driving vehicles, shooting and targeting, and other activities.

Tying The Guard Up

Michael should be controlled by the user wherein he should tie up the guard. The objective is found below the screen in red letters, such as the word “Guard”. Such words are color-coded in order to match the blips on the radar display you can find at the lower-left. Thus, your character needs to step through the security door to initiate a quick cut scene. You also need to press the control onscreen to aim your weapon, convincing the hostages into the back closet.

You need to follow directions onscreen in order to bring your phone up, view the contact list, and choose “Detonate” so that you can initiate the plastic explosives.

Head To The Vault For The Cash

The vault is located through the double doors, into the hallway, and finally via the destination blip on the radar. The cash is there stacked at the corner. But a security guard would yank your character’s ski mask in the hope of remembering his face.

This can be done by holding down the control and pushing the stick to the right. This will highlight Trevor on the display wheel. After that, release both controls and you will instantly take control of another character named Trevor. Thus, you need to target the head of the security guard by zooming in as indicated onscreen. Do it with one head shot only.

A marked spot can be seen after following your partners to the next destination blip found on the radar. Simply press the “Cover” button at the controller. Brad also takes part by setting charge on the locked exit door and manages the escape.

After getting out of cover, the police should be everywhere. You can flank them by moving around Bobcat Security armored cars on the left of the parking lot. You can switch back and forth between Michael and Trevor for better shooting angles, leading to your escape. Go towards the road to initiate your next objective.

Drive To The Chopper Pickup Point

A car should be waiting for you at a spot marked on the radar. Enter the car by pressing the button indicated onscreen. As the driver gets killed by the pursuing cops, your character should slide over to replace him. Follow the yellow route on the map towards the designated escape helicopter.

Hold Off The Police

A police roadblock should be encountered by the crew. Just take Trevor’s advice to take a hard right to the side road and towards the train crossing. Brad and Michael go down one after the other and Trevor left alone to fight off the cops. You can have more gunplay or you can run to the right initiating another cut scene.

The mission ends with a scene at the cemetery with the headstone showing the name of Michael Townley.

Which of the TV Boxes is Worth It: Apple TV or Roku Ultra