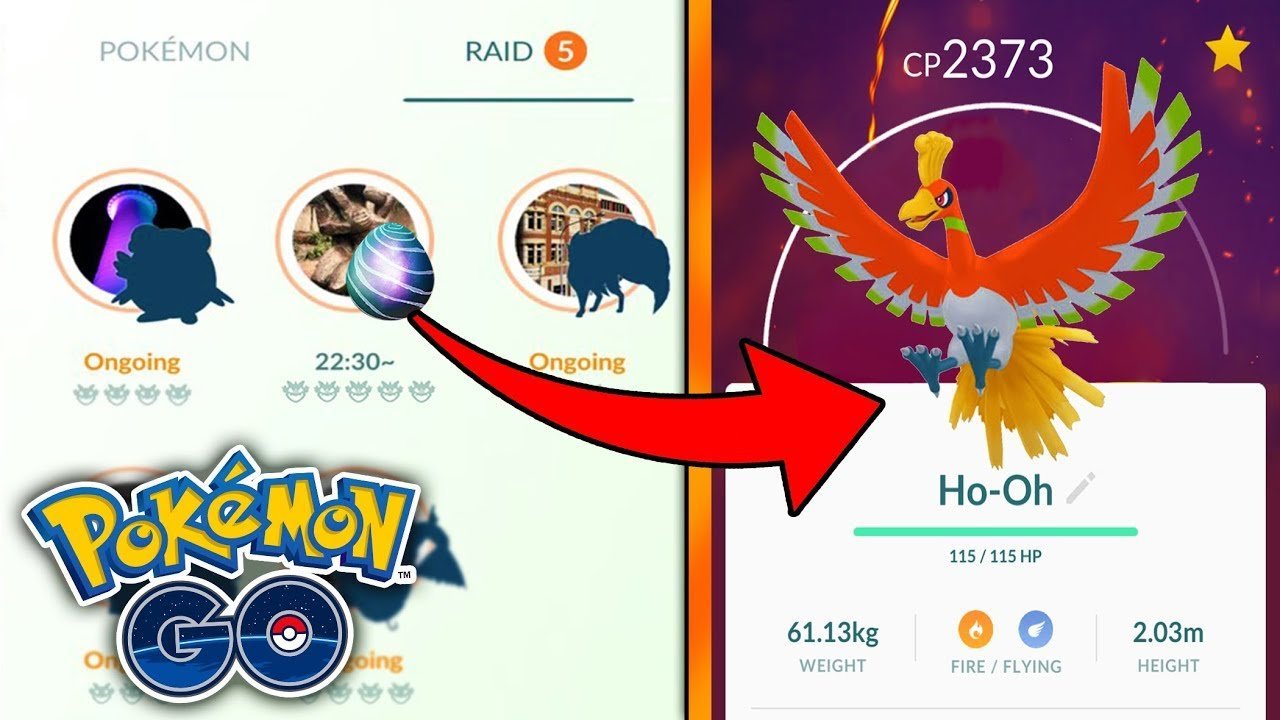 A Pokemon GO Surprise: Ho-Oh Available for a Limited Time

Niantic usually creates a lot of fanfare whenever they debut a legendary Pokemon. But the arrival of the Ho-Oh came rather as a surprise: it was just there.

Legendary Pokemon are those really strong creatures that actually need a lot of players to capture and take down. But Niantic apparently made an exception for the Ho-Oh this holiday season.

The availability of the Ho-Oh was such a surprise that users would have only known about it through social media or watching a nearby raid. On Twitter, the announcement simply read: “Thanks to all your hard work last week, Ho-Oh will appear in Raid Battles until 12/12!” It was accompanied by a 12-second video highlighting the 2-week global catch challenge.

A prize for Pokemon GO users

A challenge was issued to Pokemon GO players and they answered the call. Pokemon GO players were able to capture three billion Pokemon during the Global Catch Challenge. As a thank you for the hard work, rewards were given but it didn’t end there.

Niantic decided to also throw in a Ho-Oh, which will appear in Raid Battles at Gyms all over the world. But like all legendary catches, the Ho-Oh is only available for a short period. Two weeks is a rather short period but teamwork can go a long way.

A brief history of Legendary Pokemon

Niantic introduced Legendary Pokemon in July of this year. It was announced days before the Pokemon Go Fest, a live event held in Chicago. Players will have to work together to take down rare monsters using the cooperative raids feature, which was introduced earlier.

Trainers look at gym locations all around the world for unique legendary eggs. Together with other players or friends, trainers will participate in a raid battle in order to defeat the legendary Pokemon so that it can be caught.

One way to tell that a raid will feature a Legendary Pokemon is the through the color of the Raid Egg. A dark blue one signals that one is present. While a few players can defeat the Pokemon, a full force of 20 players works best.

The introduction in July was followed by a Pokemon GO Stadium show in Yokohama. Those who attended the event were given the chance to capture the legendary Mewtwo. After the event in Japan, other trainers around the world can experience the fun but only through invite-only raids.

In September, players were treated to the availability of the three “legendary beasts”: Raikou, Suicune, and Entei. All three would stay in their specific regions – Raikou in the Americas, Suicune in Asia Pacific, and Entei in Europe and Africa – for a month before moving to a different location.

Ho-Oh joins that list of released Legendary Pokemon, and just like the other legendary characters, will only be available for a specified amount of time. Take advantage of the limited period and if you want to participate in raids, why not start by making your Pokemon stronger through the use of Stardust?

What to Expect from Minecraft Snapshot 1.12