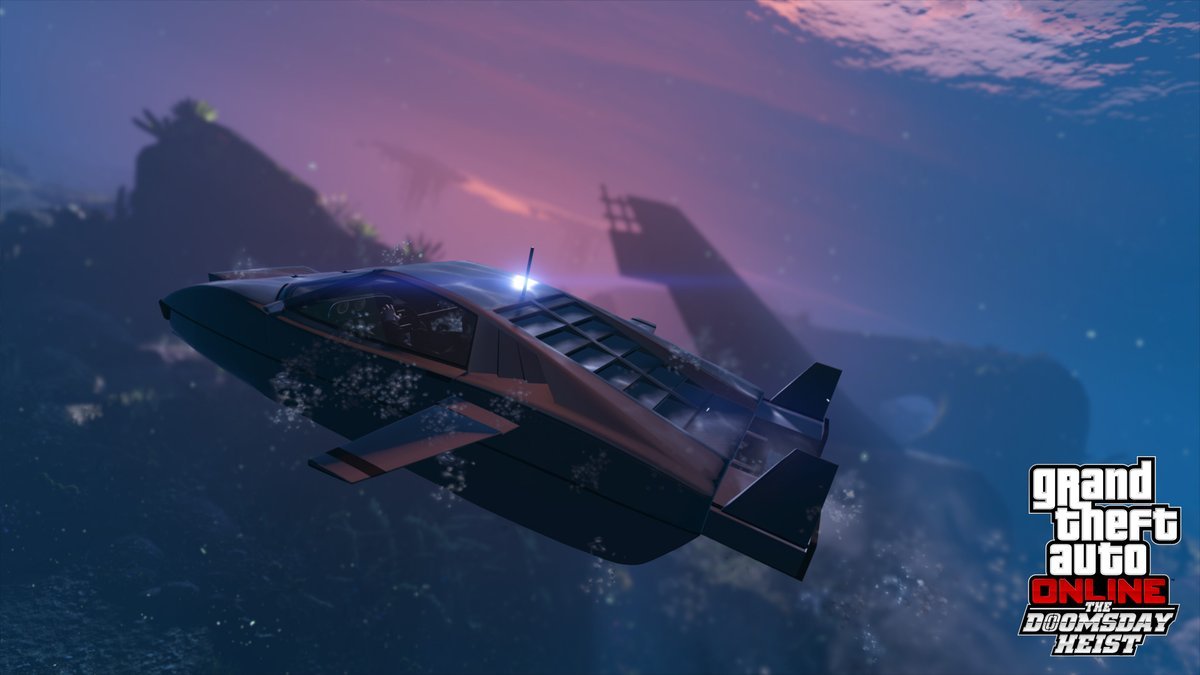 Grand Theft Auto was one of the most successful video games in history. Thanks to its success Rockstar decided to come up with GTA Online, which also turned out to be another profitable business. That is why it comes as no surprise that the developers decided to focus on it instead of releasing a new GTA game.

GTA Online has received updates constantly. Earlier this year we received the Gunrunning update and the Smuggler’s Run DLC and this time it appears that a new DLC will be released on December 12th. The new DLC is called ”The Doomsday Heist” and a trailer has already been released for it.

Compared to other previous DLCs, The Doomsday Heist appears a bit bigger. The DLC comes with a plot that would fit a blockbuster, and there are plenty of impressive features. The trailer also reveals some surprising additions, including flying cars, jetpacks and a huge submarine.

Rockstar also provided a description for The Doomsday Heist:

“A billionaire tech mogul, an idealistic intelligence agent, a socially awkward conspiracy theorist, and a neurotic supercomputer have been forced into an unlikely alliance to save San Andreas from total annihilation. As apocalyptic threats mount from enemies unknown, you and your criminal crew are enlisted to untangle mysteries and eradicate threats spanning from the bustling streets of downtown Los Santos to the ocean floor and all the way to the inner depths of Mount Chiliad in an epic new online adventure.”

The DLC will be released on December 12 for Xbox One, PS4 and PC and it represents the first heist addition since 2015. Back then online heists were introduced for the first time and we did not receive anything new ever since.

Gmail Login You Can Set Up Easily Using Your Internet Browser