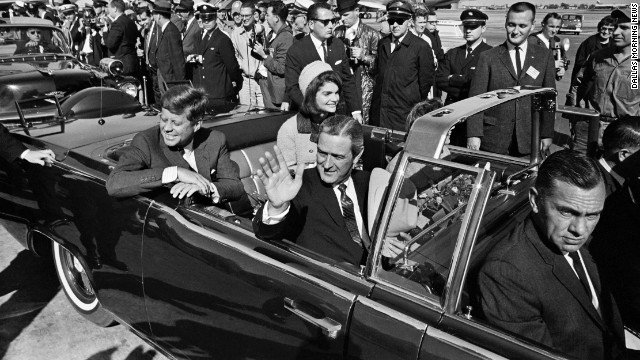 The president said on his Twitter account that he will do so to have more information on the 1963 assassination of John F. Kennedy. The declassification of these documents was scheduled for next week.

President Donald Trump said on Saturday he will authorize the opening of hundreds of archives that have been classified for decades over the death of then-President John F. Kennedy.

“To have new information I will allow, as president, to open JFK files, blocked and classified for a long time,” he wrote in his Twitter account. The JFK Records Act of 1992 mandated that the documents – many of them from the CIA and the FBI – be published in 25 years, to be fulfilled on October 26 and with the approval of the president. For years the National Archives have been publishing many of these pages.

The Washington Post said on Saturday that it does not believe that this latest batch of documents that will be unveiled may have some relevant information, rather than about Oswald’s activities during a trip he made to Mexico in late September 1963 and that could show its ties with Cuban or Soviet spies.

He also cites a national security adviser who does not identify himself, but who assures that different federal agencies have asked the president not to release these documents, among them, says the Post, CIA director Mike Pompeo.

Kennedy’s assassination, on November 22, 1963 at Dealy Paza in Dallas, put an unexpected end to a thousand days of the presidency of the then-46-year-old Democrat. Multiple theories have been released to contradict the official version that the attacker Lee Harvey Oswald was solely responsible for the murder.

From the official summary of the 48 hours that followed the assassination it is known that Harvey Lee Oswald shot from a building located in the corner of the square against the convertible in which JFK went with his wife Jacqueline; that the bullet broke his skull; that Oswald was captured shortly after, and that two days later died at the hands of Jack Ruby, a spontaneous one that wanted to avenge the death of the admired president.

But since the murder occurred many doubts have been raised about the accuracy of the story that the authorities gave about what happened. So many have been, that the successor of Kennedy, Lyndon Johnson, ordered to form a commission that clarified the facts and put an end to the conspiracy theories.

This latest batch of documents has been awaited for years by historians and advocates of those versions of a conspiracy, who think there might be conclusive data on what happened to Kennedy in that caravan.

There are still those who think the mob was involved; that Fidel Castro ordered the death; that a military sector and the CIA wanted to get rid of the president; which was done by its Soviet counterpart, the KGB; which was the secret service of Israel; who were operatives of the financial world; that Vice President Johnson was part of a coup.

But after nearly a year of work, the so-called Warren Commission determined that none of the former had been involved, and that the murderer was Lee Harvey Oswald.

So far, 82 murderers, 42 groups and 214 people have been identified at some point in the investigation as suspects of the murder, according to a 2007 compilation by attorney and researcher Vincent Bugliosi in his book ‘Reclaiming History: Murder of President John F. Kennedy ‘ .