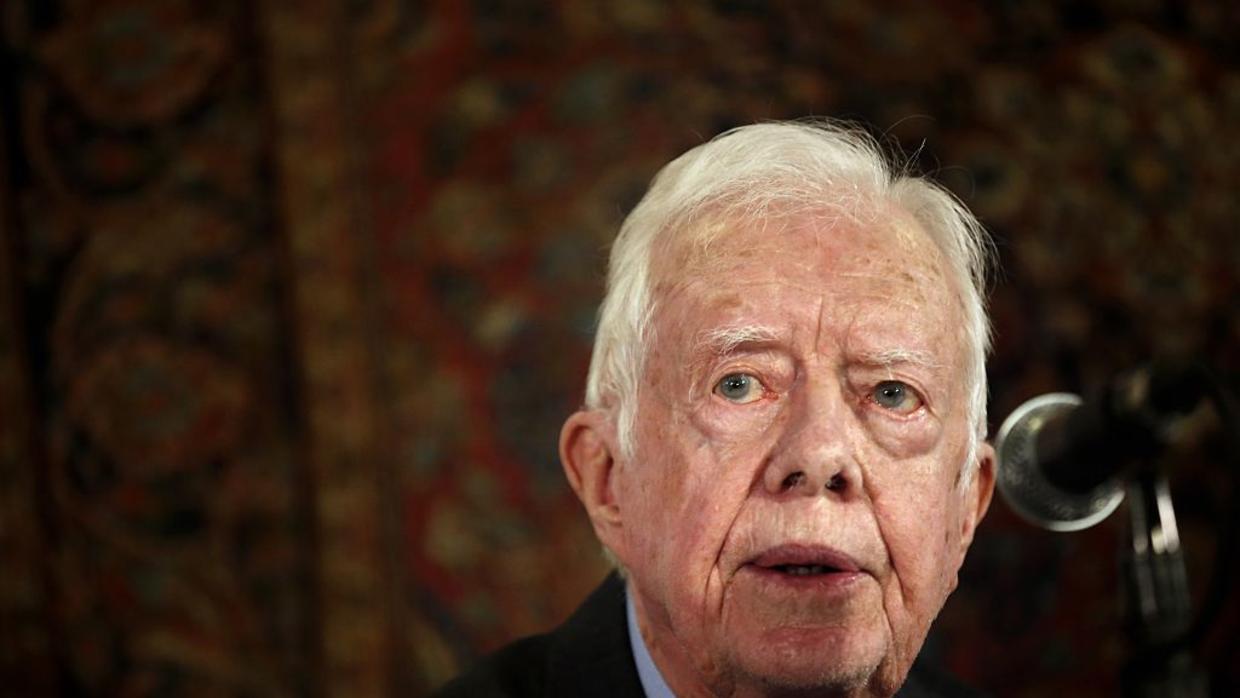 Known beyond his presidency for his philanthropic, diplomatic and democracy-promoting missions in the world, former President Jimmy Carter would be willing to travel to North Korea on behalf of President Donald Trump to help ease the growing tension between the two countries.

The 93-year-old former President said in an interview with The New York Times that he would do so if asked. Carter acknowledged being concerned about the current tension between the two countries and believes that Pyongyang already has advanced nuclear weapons that can destroy US territories.

The last time the United States and North Korea were close to a war, in 1994, Carter intervened , so if Trump asked, he had no doubt: “Yes, I would go,” said the 93-year-old former president in an interview to the New York Times at his home in Plains, Georgia.

The former Democrat (1977-1981) said he had spoken to Trump’s National Security Adviser, Lt. Gen. HR McMaster, with whom he had a good friendship, but for the time being he declined.

“I told him that I’m available if you need me,” he said.

Carter said he was “frightened” by the dialectical threats between the US president and North Korean leader Kim Jong Un, who have been taking an increasingly warmongering tone after the latest ballistic tests in North Korea.

” I think he now has advanced nuclear weapons that can destroy the Korean peninsula and Japan, and some of our peripheral territories in the Pacific, perhaps even our mainland,” said Carter, who was concerned about how “unpredictable” it is. the North Korean leader.

Carter fears what Kim thinks about how Trump would act against him, which he believes could lead the North Korean leader to take some kind of “preventive” action .

“I do not know what they would do because they want to save their regime and we greatly overestimate China’s influence in North Korea, particularly Kim Jong-Un, who, he said,” as far as I know, has never been to China. ” nor does he think they are related, unlike his father Kim Jong-Il.

In 2010 Carter also helped negotiate the release of an American jailed in North Korea.

CIA chief Mike Pompeo told a conference this week in Washington that the United States must assume that North Korea is “on the verge” of achieving nuclear missile capability to achieve targets on US soil , so it must work to prevent it .

Pompeo said President Trump is determined to prevent North Korea from achieving that goal, but that the White House still prefers to use sanctions and diplomacy to force Pyongyang to agree to sit down and negotiate a disarmament.

The North Koreans “are so close now in their capacity that, from the perspective of US policy, we must act as if they were on the verge of that goal,” he added, in statements made by AFP.

World War 3: Russia Promises Something "Worse Than A Nuclear Bomb"

Read More
UUncategorized
Turkish police killed a terrorist on Friday, June 2, in a shootout, after receiving information about a possible…

Read More
UUncategorized
Brazilian police arrested on August, 11 two suspected supporters of the Islamic state on suspicion of planning an…