Three killed and two wounded are the result of a shooting Wednesday in an industrial area in Harford County, Maryland, just outside of Baltimore.

Police are still pursuing the suspect, a 37-year-old man identified as Radee Prince. It is believed to be powered in a black GMC Acadia car with Delaware PC064273 plates. He is considered armed and dangerous.

Authorities have asked the general public for help in capturing the alleged gunman.

About an hour and 45 minutes later, another shooting occurred at a used car dealership in the 2800 block of Northeast Blvd. in Wilmington, about 55 miles from Edgewood, according to police. At least one victim was targeted, authorities said. The victim was alert after being shot twice, including once in the head, and is expected to survive, authorities said.

“Every one of the victims that this individual shot, the victims and the offenders knew each other,” Wilmington police Chief Robert Tracy said. “So these were targeted shootings.”

The sheriff said that all the victims reportedly were employees of Advanced Granite Solutions.

Police said the suspect entered the business minutes before nine in the morning and fired a gun. Authorities indicate that the alleged murderer was associated with the business, but did not explain their connection.

Doctors are evaluating the two other injured who are in critical condition.

So far there are not many details of what happened and authorities are investigating.

The industrial park is located about 20 miles northeast of Baltimore, where mechanical workshops, hotels and storage units are located.

Through his Twitter account, the Harford County Sheriff’s Office said, “We can confirm, we are at the scene of the shooting at the Enmorton Industrial Park. Several injured are reported. ”

We can confirm we on the scene of a shooting in the Emmorton Business Park. Multiple injuries reported.

According to authorities, around 10 in the morning, a woman in a marble and ceramic store called 911 while she was hidden under his desk. The woman said her boss was outside the store and could not enter due to police activity in the area, The Washington Post reported .

Witnesses who were in the industrial zone around nine in the morning indicated that they heard a strong argument, like half a block away, but no shot.

Within minutes, workers saw emergency vehicles arrive and were ordered to stay inside their businesses without leaving.

According to Harford County Public Schools, several schools in the area were placed under the order of “modified blockade” by a matter of greater caution. 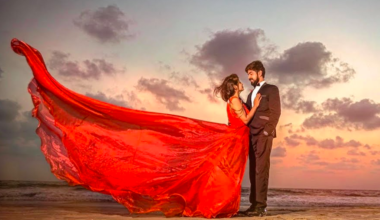