Security forces in Israel have stopped a terrorist attempting a stabbing attack against IDF soldiers at the Tapuah Junction in the West Bank. No Israelis were  wounded in the attack. The terrorist, a 19-year-old Palestinian woman, was shot and killed by security forces.

According to the police, a woman approached Border Police officers at Tapuah Junction, failing to heed their warnings to stop. She then pulled out a knife attempting to stab the officers. The officers in responce opened fire on the woman, killing her.

Tapuah Junction was partially closed off following the incident. Shomron Regional Council chief Yossi Dagan said following the attack that “this additional attempt to hurt the routine of our lives, not to mention that it comes during one of our holidays, will not succeed.”

Dagan thanked security forces for their response to the attack. He said that activities for tourists in the Shomron region would continue as planned:

“The tens of thousands of day trippers who are currently at the great many tourist attractions in the Shomron are making their voices heard with their legs.” 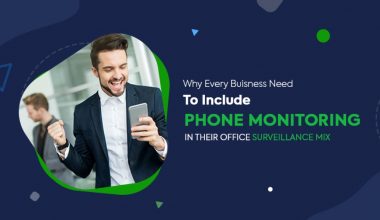 Read More
UUncategorized
Once upon a time, office surveillance systems marked a breakthrough in security and monitoring for companies worldwide. However,…