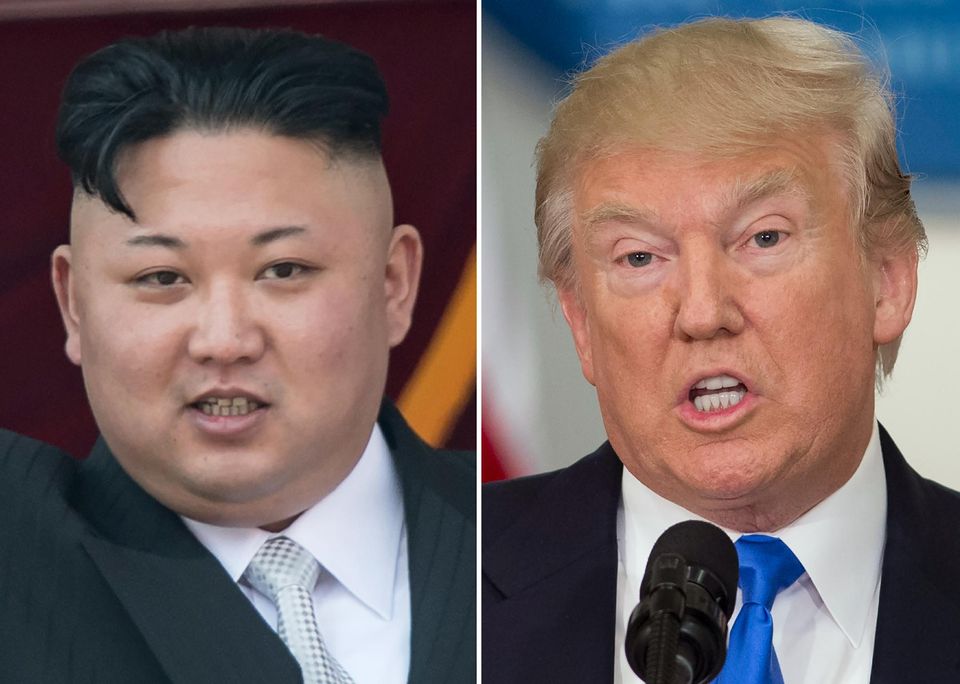 Donald Trump and Kim Jong-un have managed to make comical what should be the height of human tragedy: the end of the world decided on a whim

The great events, Marx said, are always repeated twice, “the first time as a tragedy, the second as a farce.” He thought of Napoleon III, who wanted to reconcile the French with the imperial epic, but spent most of his time at the Opera-Comique. While the tragedy of the uncle led to the gates of Moscow, the farce of the nephew ended in Sedan where he was made prisoner after a few hours of fighting.

Marx’s ironical judgment seems to fit perfectly well with what is currently playing around the atomic weapon. Since the Chernobyl accident and the end of the Cold War, it was civilian nuclear power that frightened people. Until recently, the military risks associated with this energy had become secondary, as if it were agreed that no leader would have the guts or the madness of brandishing such a threat to the face of the world. One could therefore expect that the return of nuclear weapons to the heart of the news would be done with a minimum of seriousness. The H-bomb combines the horrors of war with the fantasies of Revelation. Its mere evocation should, in principle, bring back the most carefree societies to the awareness of their fragility.

It was without counting on the improbable duo formed by Kim Jong-un and Donald Trump. By dint of burlesque invective, these two have succeeded in making comical what should be the height of human tragedy: the end of the world decided on a whim. The North Korean dictator denounces “the mentally disturbed attitude” of the president of the United States, who is not left behind to cover insults that he no longer calls “Rocket Man”. Conflict keeps the world in suspense, of course, but more in expectation of the next good word than in the anguish of a catastrophe of telluric dimensions.

The most sharp critics of the society of the spectacle would doubtless not have imagined a situation where the hypothesis of the worst is presented on such a derisory form. The totalitarian system at work in North Korea already has something tragicomic. We know that the country was struck by a terrible famine a few years ago and that it is full of concentration camps where unrestrained cruelty prevails. But, for lack of images, we are reduced to looking at what the regime shows of itself: absurd parades to the glory of the “great leader” and shopping centers almost always empty supposed to illustrate paradise on Earth. That the end of the world can be caused by a state of this nature is hard to imagine. The disappearance of humanity would still deserve a requiem.

One would expect the American protagonist to bring back a little reason in this whole affair. But the society of spectacle straddles blithely the barrier between democracy and dictatorship. Donald Trump, whose luxury hotels seem to be mistaken for North Korean amusement parks, has chosen a singular support for the world of his destiny: Twitter. Its projections in 140 signs already renewed international diplomacy in an unexpected sense. Since it is a question of triggering “fire and fury” on a state that holds the atomic weapon, they take on a truly surreal character.

The Apocalypse is no longer what it used to be. At the moment of the Last Judgment, it was to bring men to a sobriety conducive to the examination of conscience. But at the pace of things, the only question that arises is: how will Trump tweeter to the world that the moment of its end is near? One can doubt that among all the emoticons available, there is only one that is at the height of the event. In his last tweet, Trump may hesitate between a face purplish with rage and a big smile manifesting his final victory.

It is here that Marx’s phrase finds its limit. That events were repeated as comedy was not so serious in a world that ignored the nuclear threat. It was even proof that serious things (for Marx: the revolution) were still to come. In place of this seriousness, the contemporary spectacle promises no more than an apocalyptic tweet which, at best, will be a little more original than those that precede it. Twitter happily makes it easier for lovers of good formulas. They will soon have 280 characters to announce the end of the world.