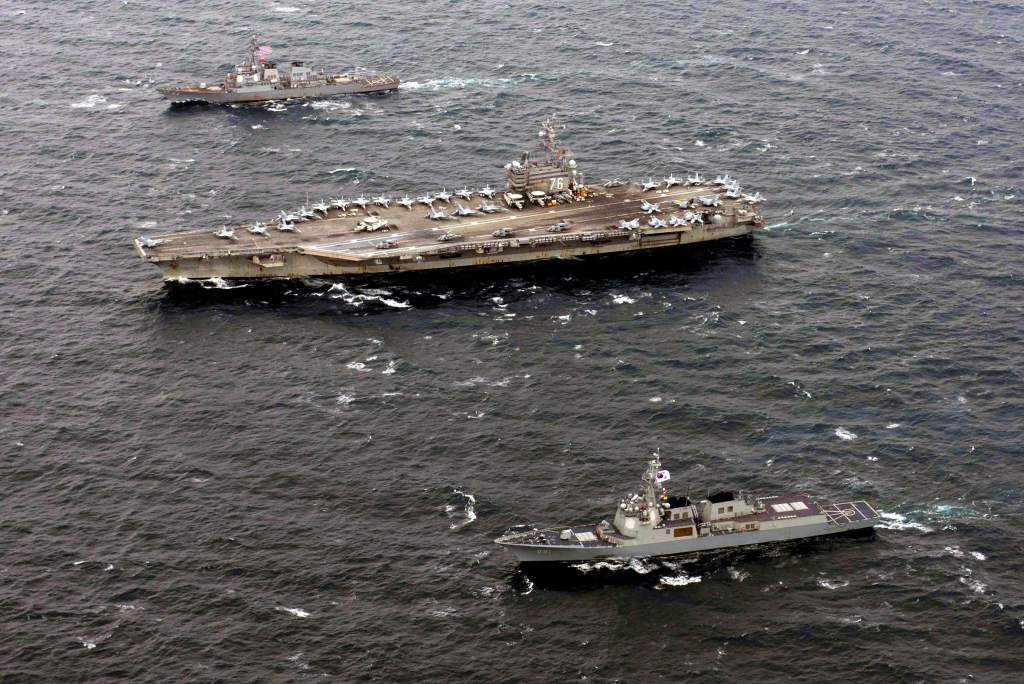 World War 3 Could Break Out At Any Time: North Korea Threatens ‘Unimaginable Strike’

The North Korean regime strongly condemned the US naval maneuvers carried out jointly with South Korea this week on the peninsula and threatened to respond by launching an “unimaginable attack”.

The Pentagon has deployed the USS Ronald Reagan nuclear-powered aircraft carrier and two destroyers, among other ships, for these maneuvers ending Oct. 20.

“The United States has gone mad by putting under our noses targets that we have set as primaries. They should anticipate an unimaginable attack,” the text says.

The North Korean committee also said that Washington has also deployed the nuclear submarine USS Michigan, whose participation has not been officially confirmed.

“This shows that the US and its puppets (in reference to South Korea) are preparing for a ‘pre-emptive strike’ against North Korea, he added.

Allied maneuvers come after tension had eased in the region and more than a month after Pyongyang made its latest weapons tests, which included a nuclear test on 3 September and the launching of a missile that flew over Japan the 15 of that same month.

The escalation of dialectical belligerence between North Korea and the United States reached its peak during the UN General Assembly, where President Donald Trump threatened to destroy North Korea, and Pyongyang to conduct a nuclear test in the Pacific.

The large number of weapons of mass destruction tests carried out this year by the regime led by Kim Jong-un, coupled with the aggressive rhetoric employed by the White House since the arrival of Trump, have brought the tension to unprecedented levels since Korean War (1950-1953).

North Korea is increasingly isolated as Russia and China joined the United States to impose new sanctions on the regime.

Russian President Vladimir Putin on Monday signed a decree that approved new sanctions, which were agreed by the UN Security Council last month.

On Tuesday, Russian media reported that the country will not advance with new joint projects between the two countries. However, existing trade and economic projects will not freeze, said Far Eastern Development Minister Alexander Galushka.

Russia also condemned North Korea’s latest underground nuclear test and urged its regime to begin negotiations with South Korea, something the North has so far rejected.