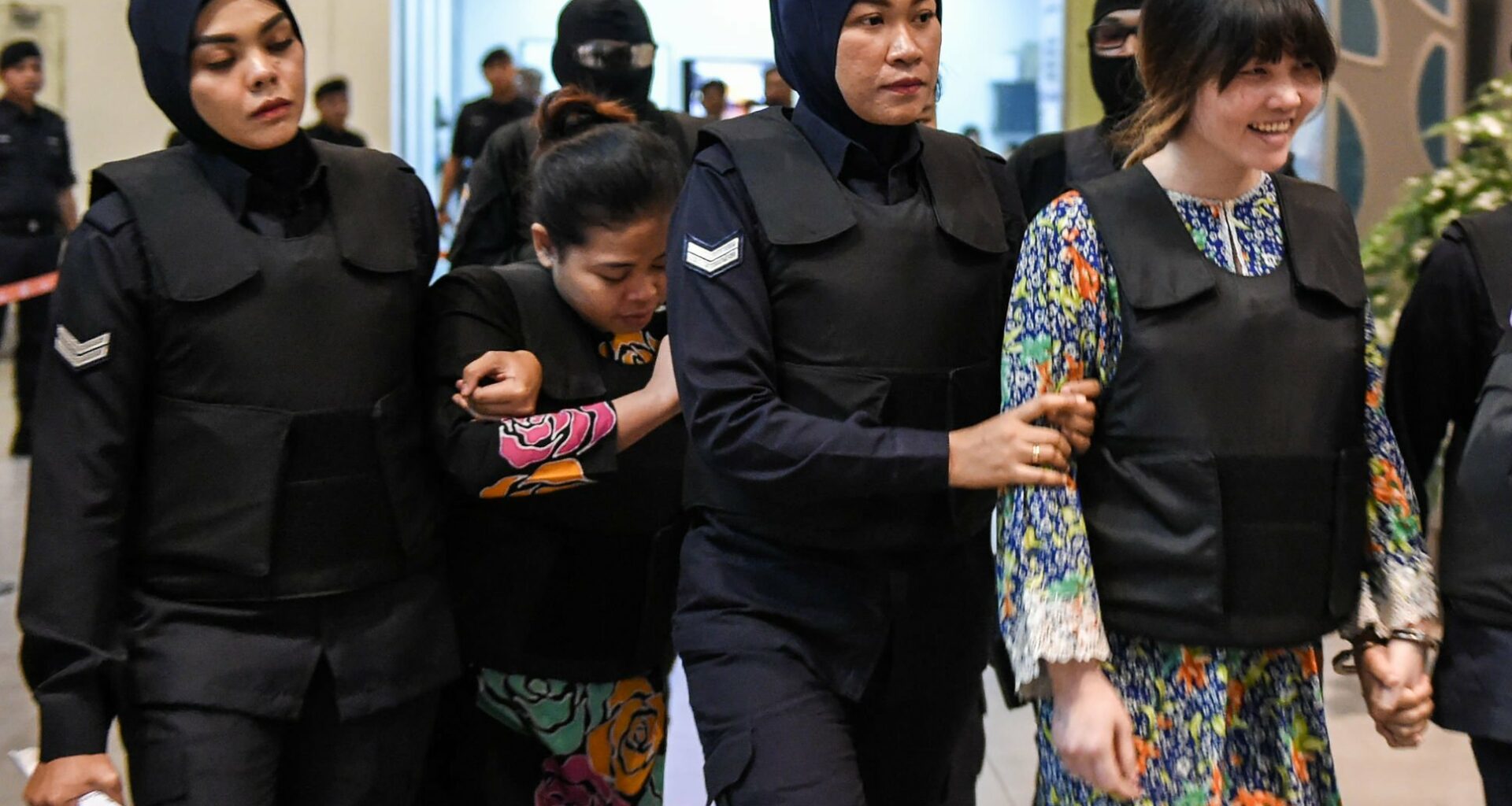 The two women accused of killing the disgraced half-brother of North Korean leader Kim Jong-Un were taken under heavy escort on Tuesday to Kuala Lumpur International Airport for a visit to the crime scene.

Wearing a bullet-proof vest, Indonesian Siti Aisyah and Vietnamese Thi Huong were taken to the airport along with the presiding judge, their lawyers and prosecution officials.

About 200 police officers, mostly equipped with assault rifles and masks, were deployed around the terminal.

This visit, common in criminal trials in Malaysia, should allow the parties to get a better idea of ​​the unfolding facts.

Kim Jong-Nam was assaulted on Feb. 13 in the VX, a nerve agent, a highly lethal version of sarin gas and considered a weapon of mass destruction, in a Cold War attack that stunned the international community.

The North Korean, who had to take a plane to Macao, the former Portuguese trading post that became a casino paradise in southern China, had succumbed after about 20 minutes of agony.
Aisyah, 25, and Huong, 29, were arrested shortly after the assassination and face the death penalty. They pleaded not guilty.

Followed by a pack of journalists, the two accused, the lawyers and the magistrates first went to the registration area where the attack would have taken place.

The two women were also taken to an airport café, the “Bibik Heritage”, where Aisyah allegedly met an unidentified man – named “Mr. Chang “at the trial – who poured a liquid on her hands before she went to attack Kim Jong-Nam.

The group also went to the clinic where Kim Jong-Un’s half-brother had been driven, and at the taxi stand where the women had been, in the washroom where one of the suspects had gone after the attack. , and in a commercial gallery.

The two accused made part of the visit in a wheelchair, prosecutor Fairuz Johari claiming they were tired because of the weight of their bulletproof vest.

He explained that the group had traced the itinerary that the two accused and the victim would have followed on the day of the murder.

In addition to the two women, four people are wanted.

Many questions about this extraordinary crime remain unanswered: how could two women living in precarious conditions like many migrants in Malaysia have been involved in the assassination of such a character? How could a substance as lethal as the VX have been used in an airport without causing any casualties like Kim, and without the accused being injured?

From the beginning of the case, South Korea accused the North of orchestrating the assassination, which Pyongyang has always denied. Kim Jong-Nam was a critic of the North Korean regime and lived in exile.
North Korean personalities involved in the case fled Malaysia immediately after the assassination. Others were allowed to leave the country soon after to ease the diplomatic tension between the two countries.

Defense lawyers claim that their clients have been manipulated and that the real culprits have fled Malaysia, and are accusing the prosecution of seeking a guilty verdict of any kind in prosecuting their clients.

One witness said that other suspects may have actually administered the poison to Kim Jong-Nam before he arrived at the airport.

The assassination caused a diplomatic crisis between Kuala Lumpur and Pyongyang, with mutual expulsion of the ambassadors and the ban on the other’s nationals from leaving the territory. Tensions only subsided when Malaysia agreed to return the remains of the victim to North Korea.

Read More
UUncategorized
The U.S. Department of Homeland Security is considering to ban all carry-on laptops and other electronic devices in…