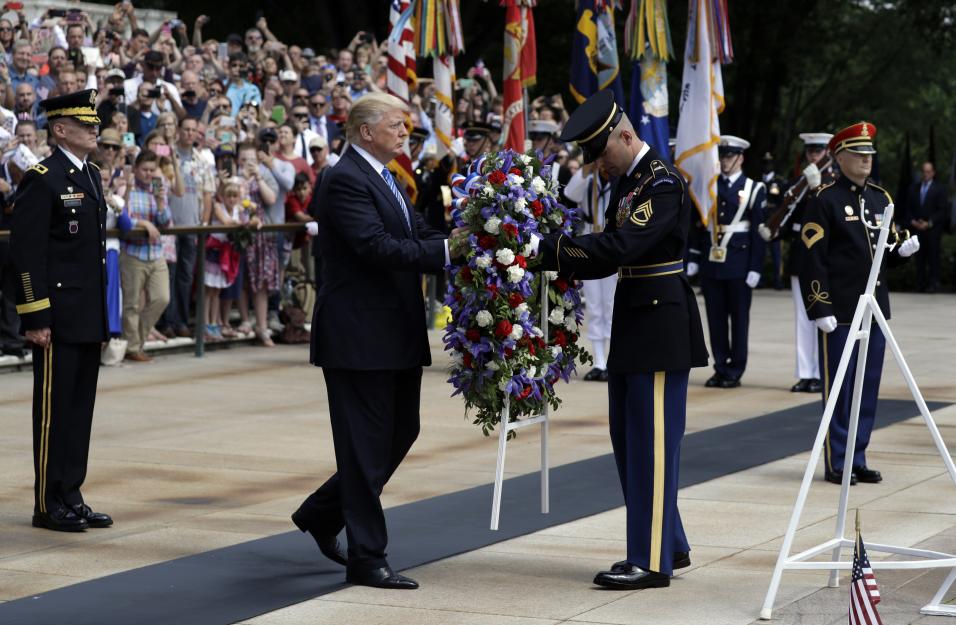 White House Chief of Staff John Kelly said that in 2010, when his son Robert died in Afghanistan, the officer who gave the news explained that he had died “doing exactly what he wanted to do.” Recalling that response, Kelly advised Trump on what to say to the families of the fallen in Niger.

Kelly spoke to the press about the death of his son Robert in Afghanistan to justify the condolences President Donald Trump gave this week to the family of a soldier killed in an ambush in Niger.

The Fake News is going crazy with wacky Congresswoman Wilson(D), who was SECRETLY on a very personal call, and gave a total lie on content!

“He was doing exactly what he wanted to do when he died,” Kelly told the soldier who informed him of the news and on that basis the Navy official advised the president, he said Thursday, taking charge of the customary presidential press of spokeswoman Sarah Huckabee Sanders.

Kelly does not usually refer to his son’s death, but was forced to do so, on the one hand, moderate criticism of his boss and, on the other, clarify what President Barack Obama told him, a point that Trump stressed for to justify the tardiness of their calls to the families of the four soldiers killed in Niger earlier this month.

“He died surrounded by the best men, his friends. That’s what the president tried to say to those four families,” added the exmilitarily, expressionless and at times weakened voice, in the first public reference to death by Robert Kelly in 2010.

Kelly said she was “stunned” and “heartbroken” when she heard the congresswoman divulge the contents of the call, which should have been private, on different television channels. “The only thing I could do to contain my thoughts was to walk among the best men and women on earth,” at Arlington Cemetery, he said.

Wilson explained that the call occurred on Tuesday in Miami while she was in the family car accompanying the widow, who is the mother of Johnson’s two and six year old sons and is pregnant with the third. Hearing-he was on speaker-he said that Trump told the woman, “He knew what he enlisted for, but I imagine it still hurts . ”

Kelly said that after the president’s question of what to say to the relatives of the fallen, he made a recommendation: “I said, ‘There’s nothing you can say to ease the pain of families.'”

The generals reaction comes after Wilson’s criticism, but also after Trump’s unfounded comments that
Obama and his predecessors did not call several of the families of soldiers killed in combat. That is why Kelly also defended the president when explaining that he did not try to prosecute the former president.

Kelly described in detail what happens to the military when they die, including how they are packed in ice to ride them on flights that return them to the United States. He spoke of the deep pain parents feel when they hear someone knocking at the door in the morning to tell them that their child died in action.

“The officer breaks the heart of a family member,” said the exgeneral visibly affected.

He also said that the death of the four soldiers in the ambush in Niger is being investigated, amid criticism from some voices, including congressmen, who ask the Pentagon to clarify details of the operation.

World War 3 Could Break Out At Any Time: North Korea Threatens 'Unimaginable Strike'