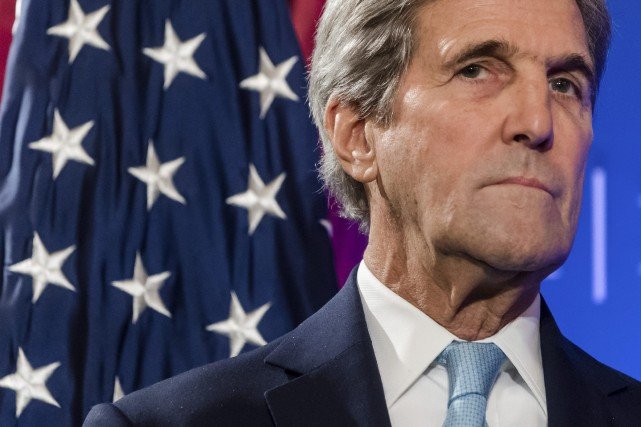 Donald Trump’s decision not to “certify” the Iranian nuclear agreement while pleading for its toughening by Congress is “dangerous” and “opens an international crisis,” said Friday the former chief of the US diplomacy John Kerry, negotiator of the 2015 text.

“This puts the national security interests of the United States and their closest allies at risk,” he said in a statement.

The minister of former Democratic president Barack Obama called on the US Congress to “reject the plan” of Donald Trump “and the current legislative maneuvers that would dismantle for good the agreement.”

The US president said on Friday that Iran would “not certify” Iran’s commitments under its nuclear program agreement, while not leaving this text concluded by Tehran and six major powers.

At the same time, he encouraged Congress to tighten the terms of the agreement. A bill is already being drafted: it would authorize the return of sanctions if Iran found itself within one year of the production of a nuclear weapon.

More problematic, this law would de facto remove the deadlines of the Iranian agreement. The restrictions on the nuclear program are in fact supposed to be lifted gradually from 2025.

Other United States negotiators of the 2015 text had previously considered that Mr. Trump’s approach amounted to a “violation” of the United States’ commitments.

“The approach he is asking the Congress to adopt would constitute a violation of the agreement because it amounts to trying to renegotiate the agreement unilaterally,” said Ben Rhodes, who served as Obama’s National Security Advisor .

“If the United States initiates parliamentary or other action to try to change the terms of the agreement, it is a violation,” he insisted. “Our allies and partners have made it clear that” there should be no violation of the agreement “.

“Anything that goes in the direction of new conditions” added to the agreement will be considered “as a unilateral violation of the agreement itself,” Wendy Sherman, the main US negotiator under the Obama administration, also warned.

According to her, “even if Congress does not reinstate the sanctions”, “the mere fact that the president” has “decided to decertify it plunges the agreement into a sort of perpetual blur”. And it will “weaken” the United States and “isolate” them, she added.

Wendy Sherman and Ben Rhodes were speaking at a conference call organized by the think tank Diplomacy Works created by John Kerry and members of his team to defend the Iranian agreement.

World War 3:. North Korea Has Finger On The Trigger