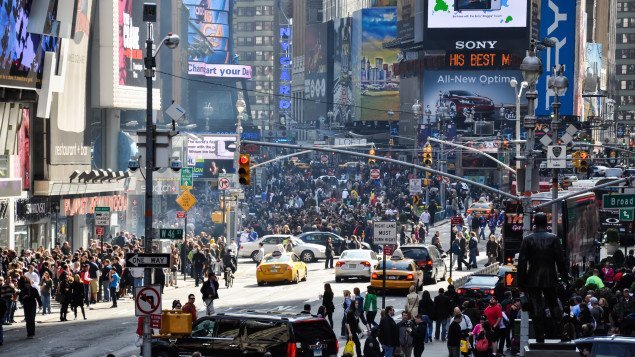 A Canadian who has admitted to participating in a terrorist plot is awaiting his sentence in the United States, US officials said on Friday. Planned bomb and gun attacks were inspired by the actions of the Islamic State (EI) armed group and targeted the New York subway, Times Square, concerts and monuments.

The US Department of Justice says that Abdulrahman El Bahnasawy is one of three people arrested in connection with an alleged plot a year and a half ago. The 19-year-old is from Mississagua, Ontario.

The case was not disclosed until Friday, when the case was made public.

According to a Justice Department statement, Abdulrahman El Bahnasawy, who has been detained since his arrest by the US Federal Police (FBI) in May 2016, pleaded guilty to terrorism charges and will face his sentence in December.

«Create the next 11 September»

The young Ontarian had bought equipment to prepare bombs in a cottage in New Jersey, not far from New York.

In messages with his accomplices and an undercover agent, Abdulrahman El Bahnasawy said that “these Americans need an attack” and that he aspired to “create the next September 11”, around May 22, 2016.

During the preparations, he sent many maps of the New York subway to the agent posing as an EI sympathizer. Abdulrahman El Bahnasawy had indicated the subway lines where explosives would be placed.

We really need a car bomb at Times Square. Look at all this crowd!

An American and a Filipino detainee held abroad were also charged in this case. The US administration intends to extradite them to the United States so that they will be held accountable, the statement said.

The three men could find themselves behind bars in perpetuity.

World War 3:. North Korea Has Finger On The Trigger