The terrorist, inspired by ISIS, and the four young victims who lost their lives in a Jerusalem truck-ramming attack were identified. Israeli leaders vow to fight the scourge of Islamic terror.

The perpetrator of the truck-ramming attack Sunday afternoon in Jerusalem, which claimed the lives of four young soldiers and wounded at least 15, two seriously, is an Arab-Israeli from eastern Jerusalem with apparent connections to the Islamic State (ISIS) terror group.

“We know there is a sequence of terror attacks and it’s quite possible that there is a connection between them, from France, Berlin and now Jerusalem,” Netanyahu said.

Israel will now consider using administrative detention against suspected ISIS sympathizers and supporters, according to an official familiar with the decision. Earlier, Israel Police spokesman Micky Rosenfeld told CNN “there are no potential active ISIS cells here in Israel.”

About 15 people are thought to have been injured with at least four thought to have died. Witnesses say the attacker drove his truck “back and forward” over the victims as they lay on the floor. Police have said the truck driver was “neutralized”.

It is believed over soldiers at the scene shot him dead. Victims were reportedly trapped underneath the truck, the Times of Israel reported. A crane was brought in to lift the vehicle of the victims.

Chamseddine al-Sandi, the one behind the attack in Sousse in 2015 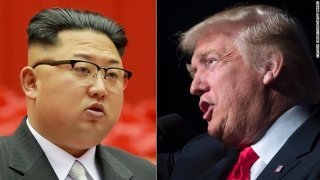