Ten people were killed and 34 were wounded Sunday in what a Jordanian official called a “cowardly terrorist attack.”

After firing at police officers at two locations, gunmen moved into an ancient castle popular with tourists in the city of Karak, Jordan’s Public Service Directorate said.

The attack in the city of Karak began at a house outside the town of Karak, where a shootout took place between police and gunmen, who then fled by car into the city, according to the Saudi-based Al Arabiya news site. The attackers then opened fire on two police patrols, then raced to the famed nearby Karak Castle, an ancient Crusader edifice on the top of a hill in Karak province, and attacked the police station there. Seven members of security forces, two Jordanian civilians, and a Canadian tourist were killed, the PSD said. Thirty-four people were wounded, including 15 members of security forces, 17 Jordanian civilians, and two foreign tourists.

In a statement released by the US embassy in Amman, Washington condemned the attack and expressed its solidarity with Jordan’s government and people.

“We offer our deepest condolences to all the victims and their families, and recognise the bravery of the Jordanian security personnel who died protecting their fellow citizens,” the statement said.

“We extend our hope for a full and speedy recovery to all the wounded. The United States remains steadfast in our commitments to Jordan, one of our closest allies and partners, and reiterates that such attacks will only reinforce our collective resolve to create a more secure and stable region and world‎,” it added.

Like those countries, Jordan’s tourism industry plays an outsized role in the economy. The jewel in the crown is Petra, the Nabatean city which sprawls across a huge mountainous site in the south of the country. But there are many other places and activities that draw large crowds, including the Wadi Rum desert, the Roman ruins at Jerash, crusader castles such as the one at Karak, early Christian mosaics at Madaba, or the opportunity to swim in the Dead Sea and dive off the coast of Aqaba.

3 Soldiers Killed After A Terror Attack In Pampore

9 killed and 50 more injured after attack in Berlin 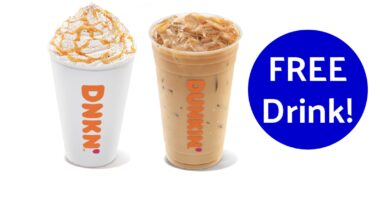