An Islamic terrorist attack at Ohio State this morning injured 10 before an armed officer confronted and shot the Somali refugee terrorist dead.

A Somali-born Ohio State University student plowed his car into a group of pedestrians on campus and then got out and began stabbing people with a butcher knife Monday before he was shot to death by an officer. Police said they are investigating whether it was a terrorist attack. The attacker was identified as Abdul Razak Ali Artan. He was born in Somalia and was a legal permanent U.S. resident, according to a U.S. official who wasn’t authorized to discuss the case and spoke on the condition of anonymity.

Angshuman Kapil, a graduate student, was outside Watts Hall when the car barreled onto the sidewalk.

“It just hit everybody who was in front,”  “After that everybody was shouting, ‘Run! Run! Run!'”

“I thought it was an accident initially until I saw the guy come out with a knife,”

-Schneider said, adding the man didn’t say anything when he got out.

Although his motives for the attack are so far unclear, some US TV networks have reported finding a Facebook declaration where the alleged terrorist expressed grievances over attacks on Muslims. The city in which the attack happened has a large Somali population. Local officials declined to confirm what might have motivated the attack.

“Here in the United States, our most immediate threat still comes from lone attackers that are not only capable of unleashing great harm but are also extremely difficult, and in some cases, virtually impossible to identify or interdict,”

In recent months, federal law enforcement officials have raised concerns about online extremist propaganda that encourages knife and car attacks, which are easier to pull off than bombings.Many knife and car attacks have been carried out in Israel, and a smaller number in Europe. They are indeed hard to stop; the most practical measure is to minimize the number of residents with a propensity to perpetrate such attacks.

Bomb Defused Found Outside the U.S. Embassy in Manila 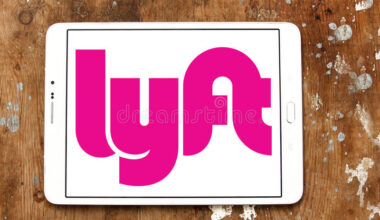 Read More
UUncategorized
At least seven people were killed in four separate bomb attacks around Baghdad late Friday, according to a…