Riot and Fire at the Largest Refugee Camp in Bulgaria

After last night’s riot of refugees from the biggest camp, located in the town of Harmanli, there are at least 24 policemen and two migrants injured, while about 400 foreigners were arrested. Several buildings were also damaged during the clashes.

The tension escalated last night after the camp was closed down earlier this week due to a quarantine to prevent a possible skin disease outbreak. After the initial statement that the situation is under control, around 8 pm last night the migrants broke through a barrier and started throwing stones at the policemen deployed around the camp. The possible reason for the new rally is that the shop in the camp was closed, while several men approached it with the intention to buy some food.

The police forces used a water cannon to disperse the migrants who were determined to leave the camp. The gendarmerie has also entered the camp and fired rubber bullets in an attempt to gain control over the situation.

Local citizens gathered around the camp and explained in front of the news reporters that they are there to back the police in case the migrants, who number about 3,000, decide to break through and enter the town.

Prime minister Borisov said Bulgaria would take steps towards extradition of the Afghanistan citizens who took part in the last night’s events, calling them criminals. Extradition should happen as soon as December.

Turkey threatens EU with refugee surge: "I will OPEN the gates!" 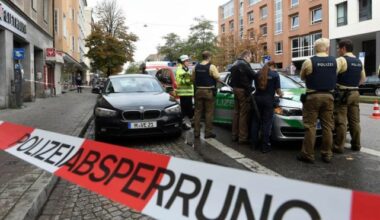