The number of deaths caused by terrorism fell by 10% last year, the first drop since 2010, according to a global index that tracks acts of illegal force and violence not committed by the state.

Deaths from terrorism in OECD countries increased by 650 percent last year despite a marked fall globally as Islamic State (IS) and Boko Haram militants suffered military defeats at home but committed more attacks abroad, a report said on Wednesday.Despite fewer deaths, terrorist acts claimed the lives of 29,376 people in 2015, making it the second deadliest year on record, according to the global terrorism index (GTI), released on Wednesday by the Institute for Economics and Peace. The worst year on record was 2014 when there were more than 32,765 deaths.

“This year’s GTI report highlights the most complex set of dynamics in global terrorism in the last 16 years. While on the one hand the reduction in deaths is positive, the continued intensification of terrorism in some countries and its spread to new ones is a cause for serious concern and underscores the fluid nature of modern terrorist activity. The attacks in the heartland of western democracies underscore the need for fast paced and tailored responses to the evolution of these organisations.”

Iraq, Afghanistan, Nigeria, Pakistan and Syria accounted for 72% of all deaths from terrorism in 2015. Isis, Boko Haram, the Taliban, and al-Qaida were responsible for 74% of these deaths.

The index, which analyzed the impact of terrorism in 163 countries, covering more than 99% of the world’s population, found that 2015 was the deadliest year for the Taliban in Afghanistan. Deaths from acts of terrorism increased by 29%, to 4,502, while battlefield deaths increased by 34%, to more than 15,000.

Jordanian Air Base Shooting Might Be Act of Terrorism 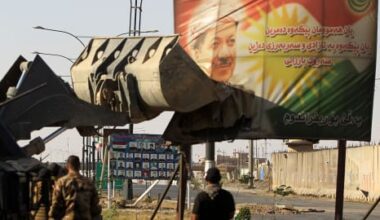