Jihadist group Boko Haram has freed 21 of more than 200 girls it kidnapped in April 2014 in the northern Nigerian town of Chibok, after mediation by Switzerland and the International Red Cross.

Around 270 girls were taken from their school in Chibok in the remote northeastern Borno state, where Boko Haram has waged a seven-year insurgency aimed at creating an Islamic state, killing thousands and displacing more than 2 million people.

Their release, a boost for the government of President Muhammadu Buhari, came after the Red Cross and the Swiss government brokered a deal with the group, officials said.Dozens had escaped in the initial melee in 2014, but more than 200 girls are still missing. The kidnapping prompted outrage worldwide and the girls’ plight was publicized using a Twitter hashtag, #bringbackourgirls.

A picture released by a presidency official showed one of the girls holding a baby when they met Osinbajo. Officials have accused Boko Haram of having married off the girls to its followers. Information Minister Lai Mohammed denied reports that the government had swapped Boko Haram fighters for their release and said he was not aware if any ransom had been paid. He said a Nigerian army operation against Boko Haram would continue.

In recent days, the Nigerian military has been carrying out a large-scale offensive in the Sambisa forest, a stronghold of Boko Haram, which last year pledged loyalty to the Islamic State militant group.

Boko Haram controlled a swathe of land around the size of Belgium at the start of 2015, but Nigeria’s army, aided by troops from neighboring countries, has recaptured most of the territory. The group still stages suicide bombings in the northeast, as well as in neighboring Niger and Cameroon. 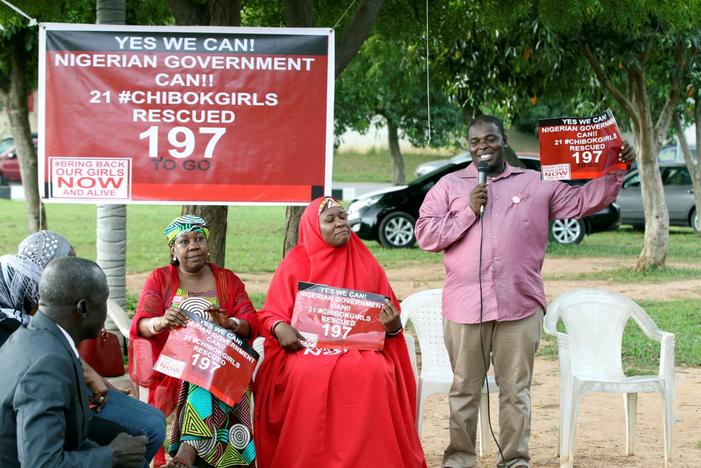 Read More
UUncategorized
The security authorities have succeeded in dismantling terror cells and foiling plots to carry out blasts and assassinations,…