Iran’s security forces arrested a number of foreign Takfiri terrorists in the southern province of Fars, confiscating over 100 kilograms of explosive material the terrorists planned to use in attacks on Shiite mourning ceremonies, Intelligence Minister Mahmoud Alawi announced.

Speaking to IRIB on Wednesday evening, Alawi said the intelligence forces, in cooperation with the security forces and people of Fars Province, could foil the plot by Takfiri terrorists and prevent an “inhumane crime” targeting the religious ceremonies marking the martyrdom anniversary of Imam Hussein (AS), the third Shiite Imam.

All of the arrested terrorists are foreigners, and more than 100 kg of explosive material and other equipment were seized from them, he added. According to the minister, there is evidence that the plot had been masterminded by enemies from outside the country with the purpose of creating religious conflicts in Iran.

Only two days earlier, Iran’s Islamic Revolution Guards Corps (IRGC) forces foiled a terrorist attack by militants of the Party for Free Life in Kurdistan (PJAK) near the western city of Marivan in Kurdistan Province. Earlier this year, a Takfiri-Wahhabi plot to carry out synchronized terrorist attacks in different parts of the country was thwarted.

Terrorist attacks are rare in Iran, but al-Qaeda-linked and other groups stage hit-and-run assaults in border areas from time to time. 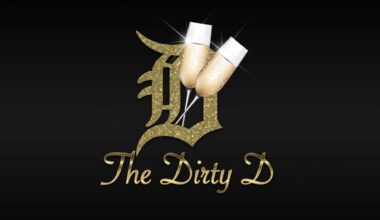 Read More
UUncategorized
Right now many people from different regions have been searching about The Dirty D Season 2 Spoilers. After…

Read More
UUncategorized
A massacre of a Christian community near Warsak Dam, Peshawar was prevented by alert security forces, in what…