Militant group Boko Haram, which operates in northern and northwestern Nigeria and neighboring Niger, Cameroon, and Chad, committed in 2016 38 suicide bombings in which had exploded children, according to a report of the United Nations Children’s Emergency Fund (UNICEF).

The 38 children were used primarily in the area of Lake Chad.

The total number of children used by jihadists for suicide bombings from 2014 onwards, is 86.

The children are instructed to explode in markets and other places where there are crowds.

According to human rights activists, from 2014 Boko Haram had kidnapped about 2,000 women and girls and turned them into sexual slaves, cooks and perpetrators of the attacks.

On the other hand, people in Nigeria manifest extreme intolerance towards women and children who have had something to do with the Islamists of Boko Haram, though not willingly. Former sex slaves managed to escape are being called Boko haram wives and are being treated with contempt. Their children born out of forced relationships with fighters from Boko haram are often beaten.

Analysts warn that the isolation of “the bastards” of Boko Haram will push them towards radicalization and will impede the process of reconciliation in society.

Currently, in Nigeria is indispensable the reintegration of women and children who have returned to their homes after having been in captivity. 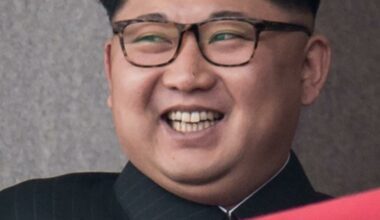 Read More
UUncategorized
A police officer has been shot in north Belfast in what was described as a “terrorist” attack. He…